Why did you choose to go to AC ?
“It was just a really good opportunity and I get to play the sport I love.”
How did they approach you for coming to play here at AC?
“They actually talked to a former player at Randall and she told her about me and the coach
ended up calling me and asking me to meet up with her to talk about playing at AC.”
What plans do you have to accomplish at AC?
“I really just want to get my nursing degree but for volleyball I just want to give a good season
for AC’s first year.”
Have they told you about the traveling arrangements and how that might affect your classes?
“Well online would definitely be the only option or hybrid ’cause I know some professors take
grades on attendance, but I’m sure some would work around you. I really don’t like online but I’ll give it a try.“
Is AC giving you a scholarship?
“I know if I lived out of town and I needed an apartment they would pay for that but I know for
me they just paid for my school. I know some people could probably get Thrive too.”
What is your role for the team?
“I play outside so I’m definitely one of the biggest roles, you have to be dependable. You have to
be on your A game all the time and have to be the leader of the team just because all the balls
will most likely go to you.”
How did your high school team do?
“Junior year we made it to state and I got second team all district. My senior year I was captain
and we made it to the quarter semi finals. We were 5A and I was first team all district.” 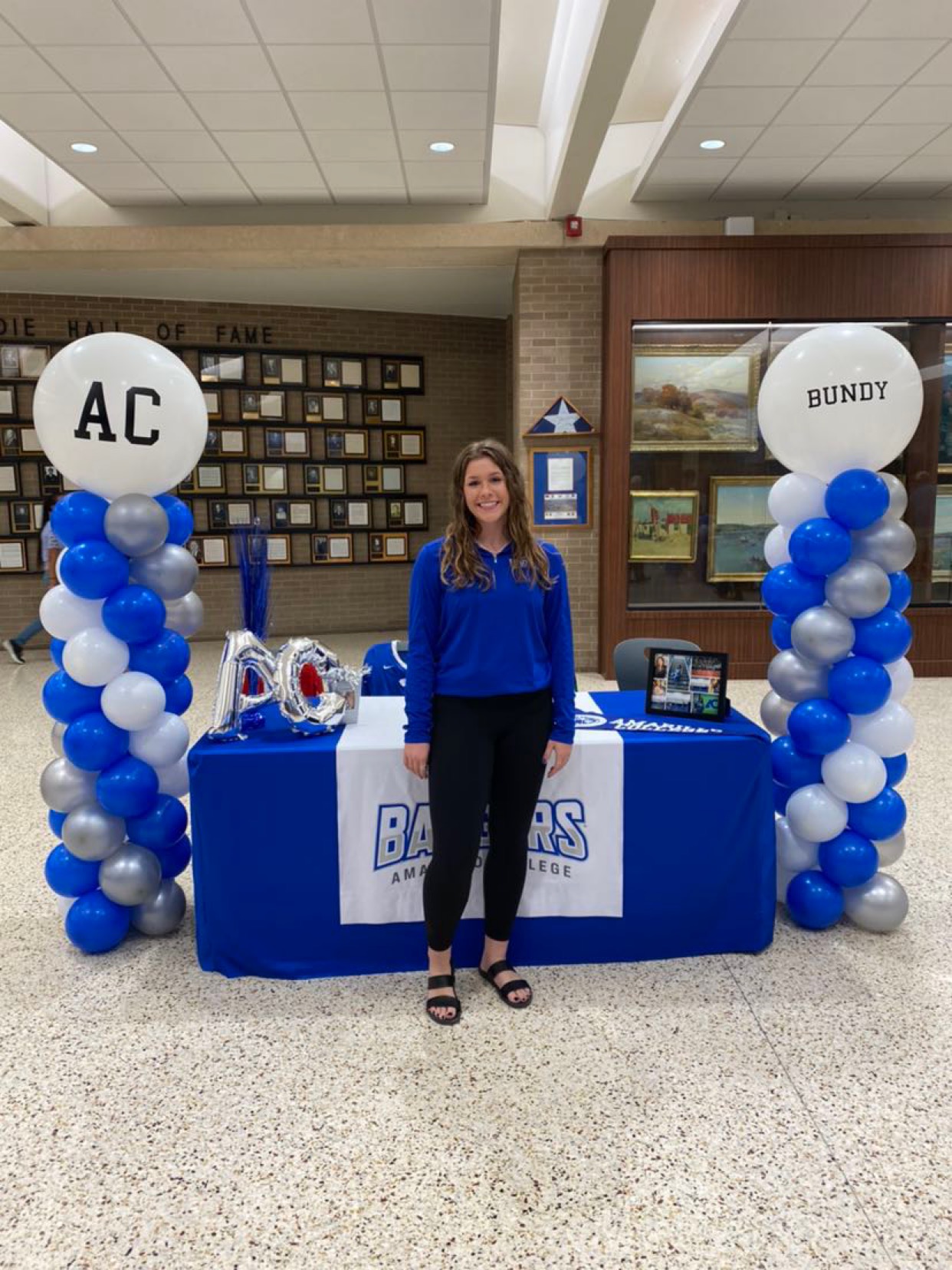 Why did you choose to go to AC?
“I was planning on going to AC anyways because of thrive and then they happened to just get a
volleyball program.”
How did they approach you for coming to play here?
“I knew Amanda or AC’s volleyball coach through club volleyball and she asked me to do a tour and then
offered me a spot on the team.”
What do you plan to accomplish here at AC?
“I mean if I get recruited to play at a NAIA or a D3 I’ll definitely go play, but if not I’m going to Tech
to finish my bachelor’s in biology. I’m really hoping to get recruited by another school and
Amanda is really good at recruiting so I’m sure that will help.”
Have they told you about the traveling arrangements and how they will affect your classes?
“Not really, she told me we were only going four hours max away from here and when I asked
about housing she said they were trying to find apartments for us to all stay together in.”
What role or position would you be on the AC team?
“I’m a center and right side, but here I’ll be a setter.”
What did your play in high school?
“I actually only played volleyball for AHS my freshman year and then got cut. I’ve played club volleyball every
year though. I played for JET till I was 14 and then played for TAV for a year and now have played
for AED for two years. I actually knew Amanda from club. She was sorta my coach because I got
asked to play for two teams and I practiced for both and she was one of the coaches of a team
but I ended up choosing the other team but I still played for her so that might have been why
she recruited me.”
Did AC give you a scholarship?
“Amanda was going to offer me money but because I Thrive I told her why waste money on me
instead of helping other athletes.”