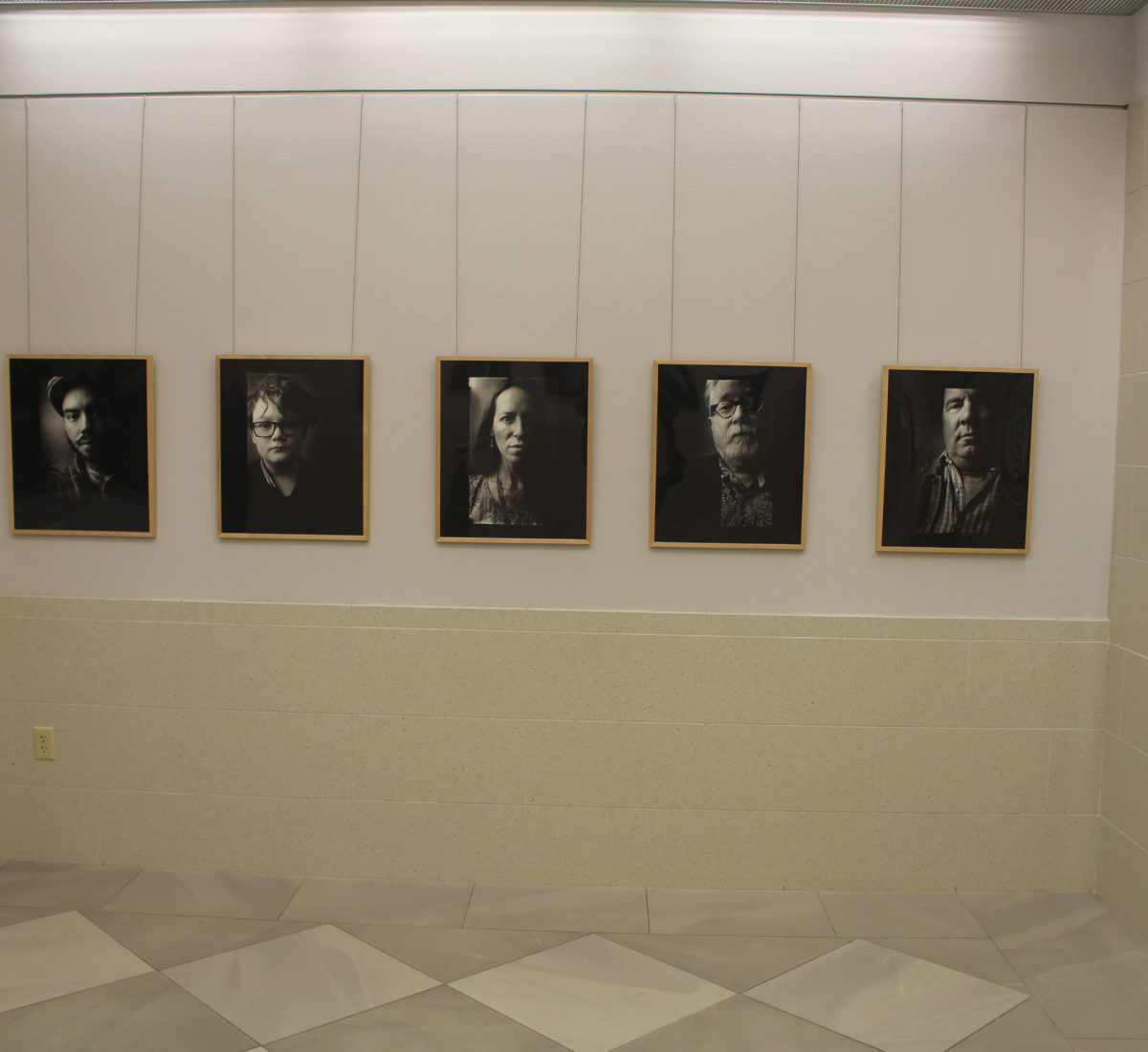 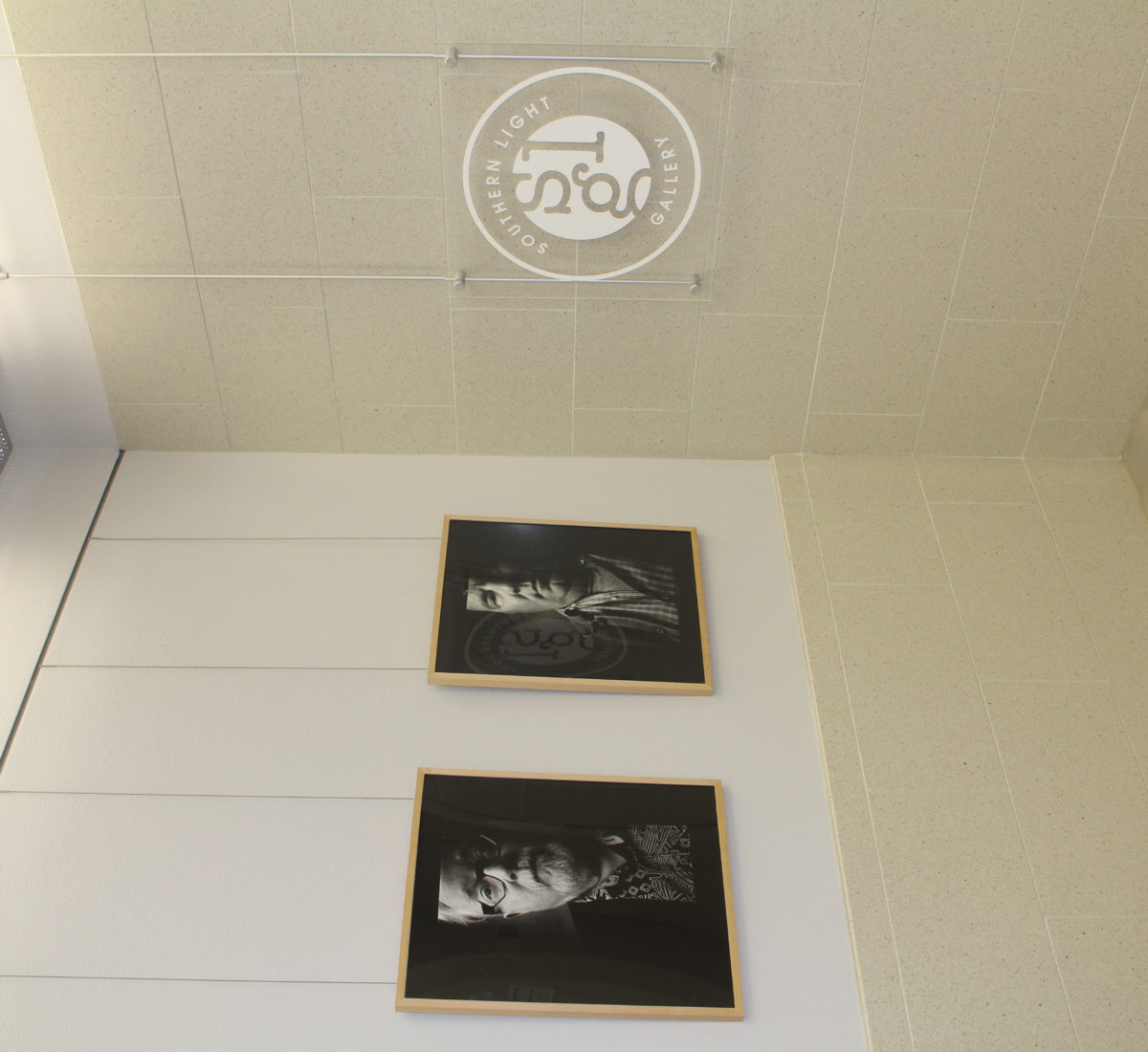 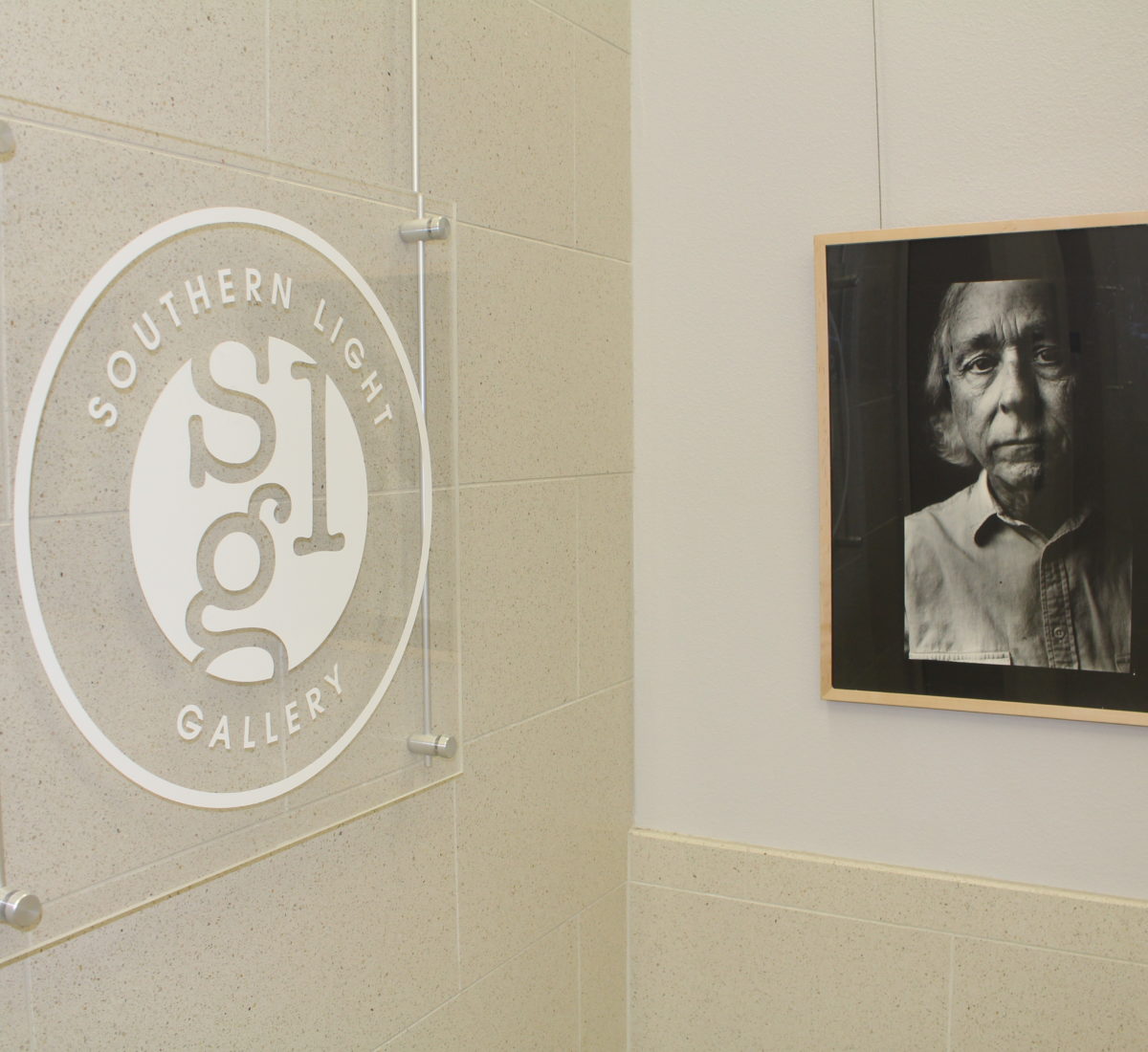 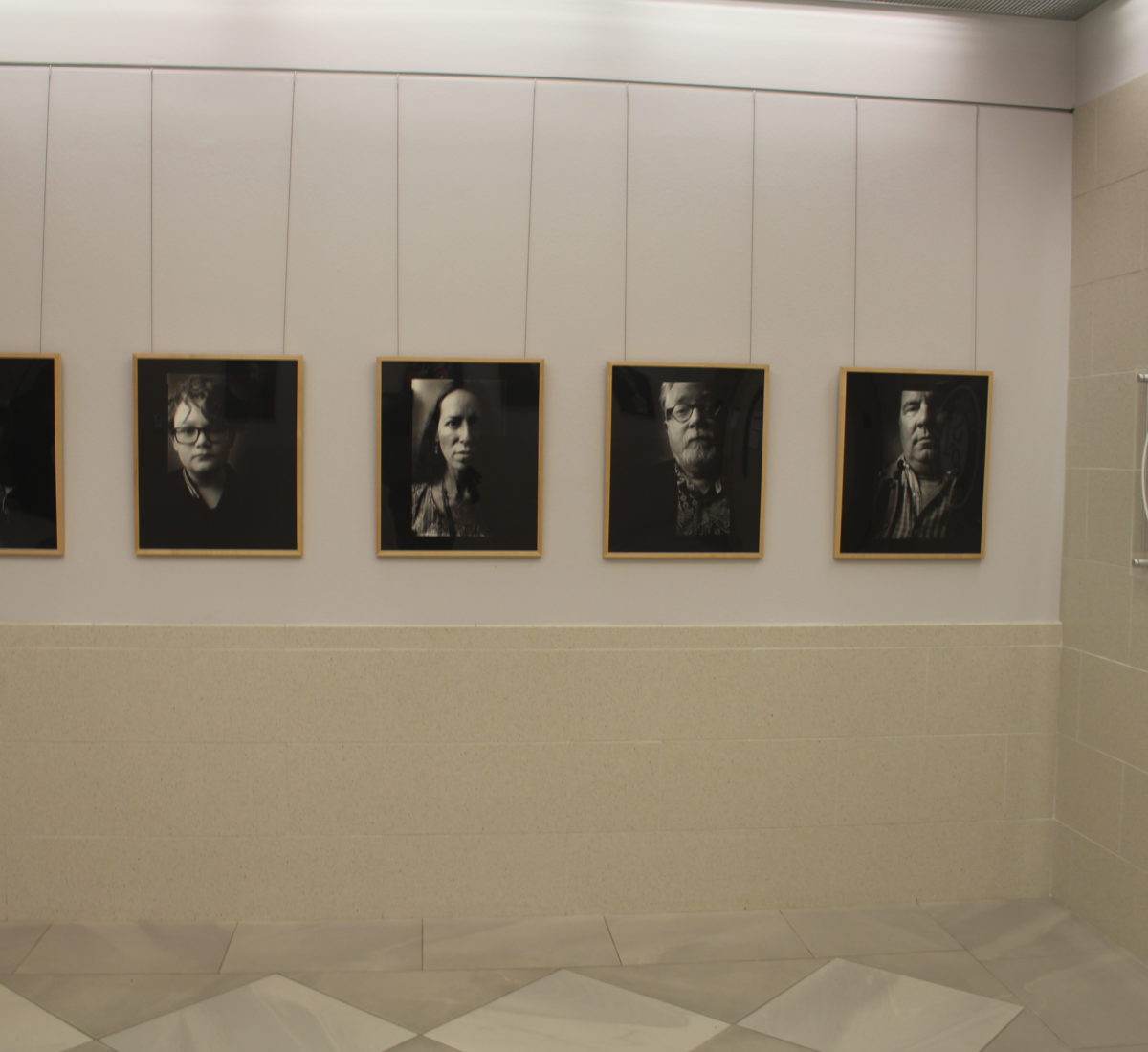 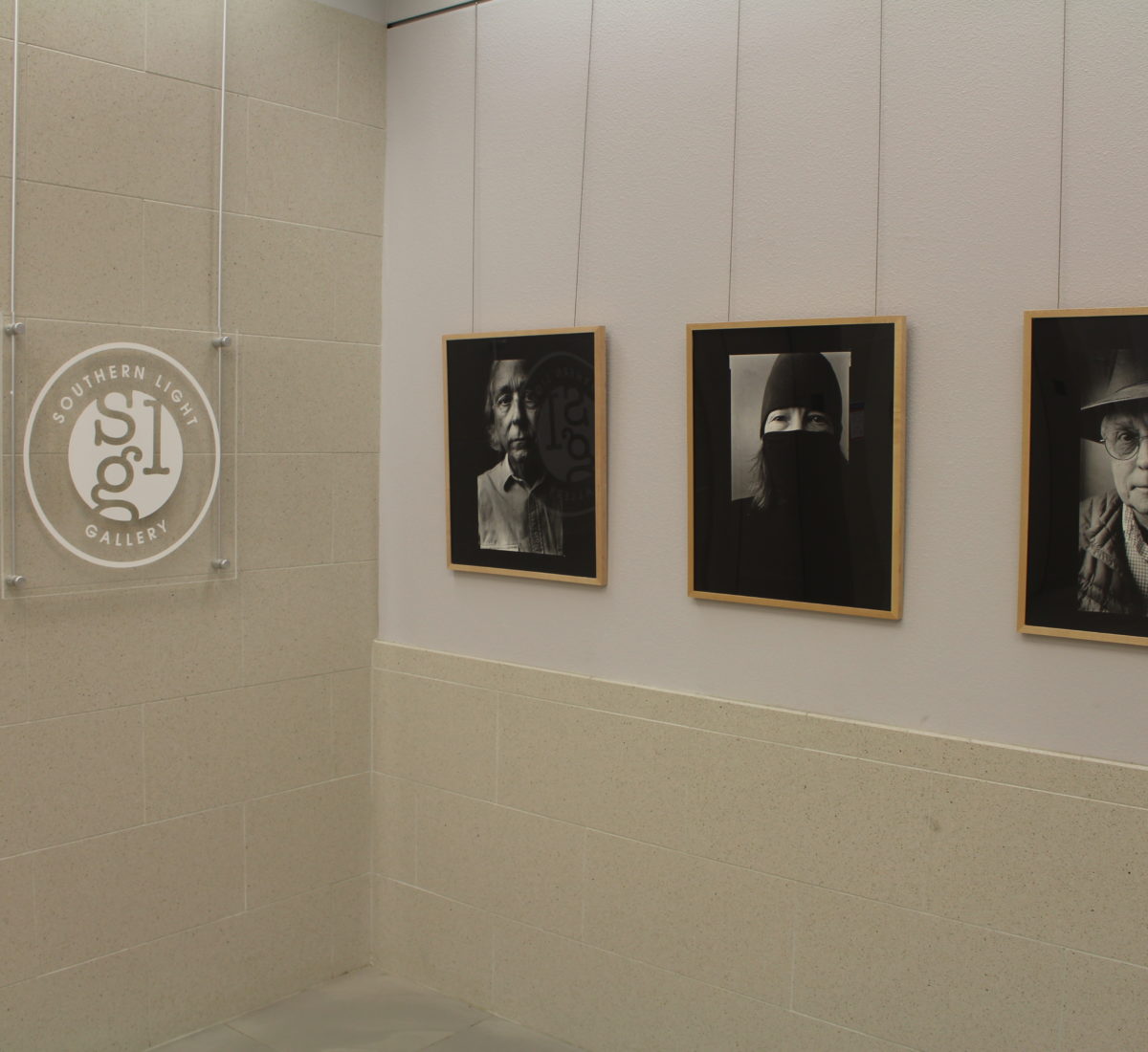 The Amarillo Southern Light Gallery is showcasing a collection of photographs by the photographer Byrd Willams IV titled The Walking Dead. As the Amarillo College website article explains, Williams is a fourth generation photographer from the Dallas area and has his work in several international museums.

On the plaque in the gallery is a statement from the artist, part reads: “For me, photography is about death. It didn’t used to be but I’m 68 and everybody in the room is dead and I can’t remember why I was so obsessed with saving their lives in two-dimensional facsimile.”

The black and white photos of these unsmiling faces fit with the theme that the artist is trying to evoke. These photos showcase people as they are – lines, wrinkles, expressions and all. Though these are the faces of strangers the commonality between them and us is our mortality which is a part of our humanity. The photos being in black and white makes the observer focus on the person staring back from the frame.

The artist is representing death with this collection, and photos evoke a feeling of finality. In an attempt to save a piece of the past, the subjects themselves become dead figure. Eventually all the subjects will be gone, as will we all, and the title The Walking Dead will become a more literal title.

The takeaway from this collection is how we use photographs to preserve the past. Photographs are the most lifelike artifacts that we have of past experiences and the lives that once were. People take pictures to remember the past – of those that were lost, whether that be others or a past version of themselves. However, though we try to keep the past alive these photographs that are treasured are artifacts of a moment that has passed, a moment that has died.

The exhibit will be available to view in the Southern Light Gallery on the first floor of the Ware Student Commons until Nov. 13.

Badger Bot has entered the chat