Not only did the workshop teach students about the history of photo processing it also showed how far photography has come since the 1870s when tintype was most popular.

“This gave me an understanding of lighting, time, development and how to use the chemicals,” Elisia Miller, a photography major, said. “It reminded me of baking a cake. Everything has to be correct for it to work, meaning with tintype, you get one shot.”

Miller added that she feels digitally spoiled by being able to take hundreds of photos with modern technology.

René West, a photography professor, agreed that digital photography can spoil people. “This gives students an appreciation of the process it takes,” West said.

During the workshop, students came up with fun poses for the pictures. Some even brought their own props. According to West, the workshop “let the students make connections to their mediums.” Students also said that seeing the final product was exciting, and the process of mixing the chemicals and learning how to develop a tintype was the best part.

“I enjoyed pouring the liquids for the development process,” Miller said. Ashley Denham, vice president of the AC photography club, agreed and said the chemicals were her favorite part.

Students said they appreciated the time and supplies Canada provided to teach them about tintypes. “The chemicals that are used are not easily available to students,” Denham said.

Seth White, the visual arts computer lab supervisor, said that he was excited to have a hands-on opportunity to learn the history behind this photography method because for most people “it is a process that isn’t accessible.”

Mariah McCrea, a general studies major, said that the process of creating the pictures on the metal sheet was calming and relaxing, “I can see this as a career. It is enjoyable and therapeutic,” she said. 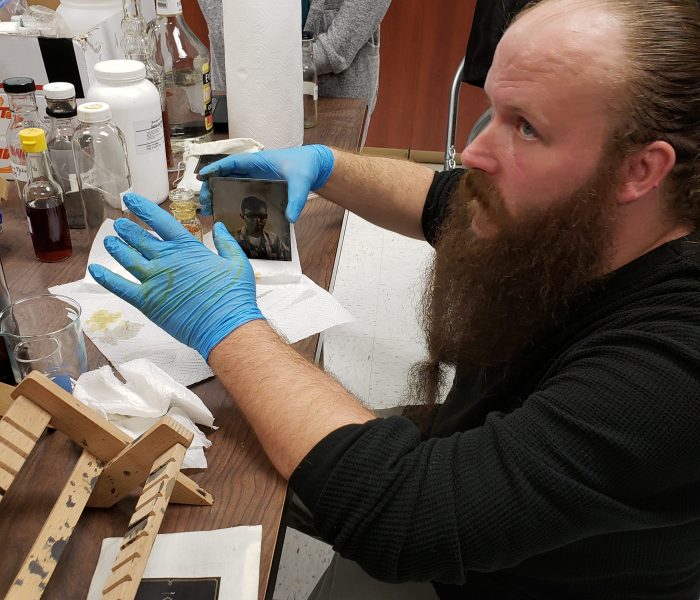 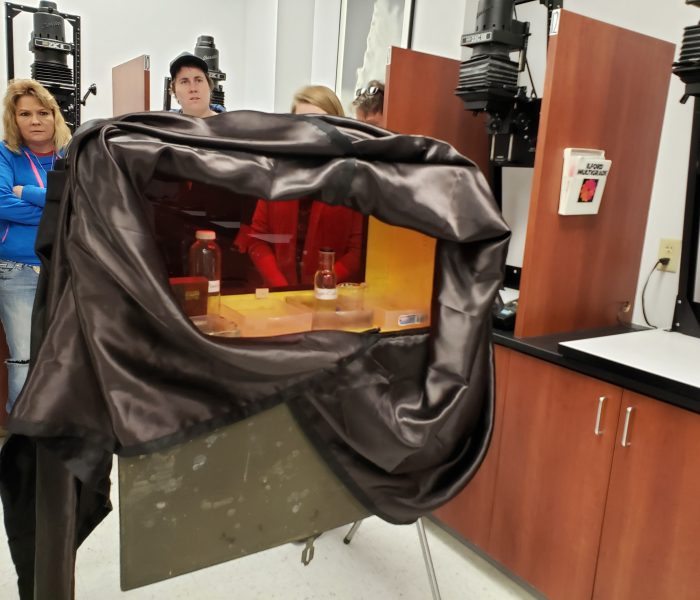 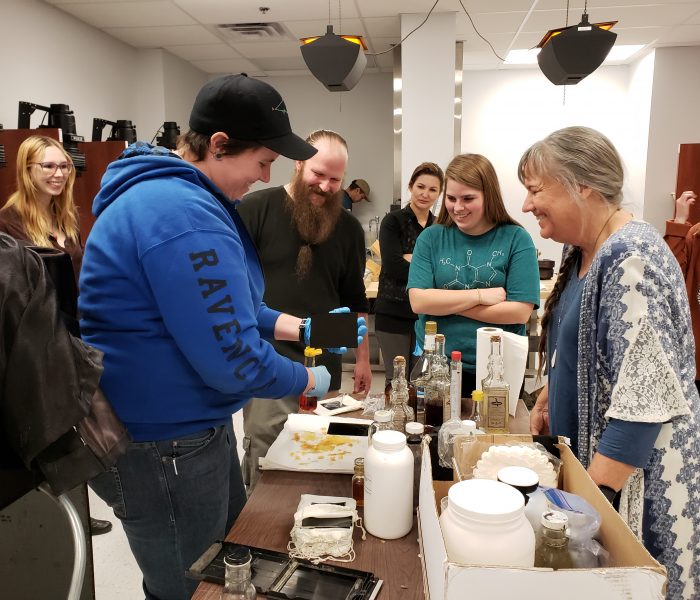 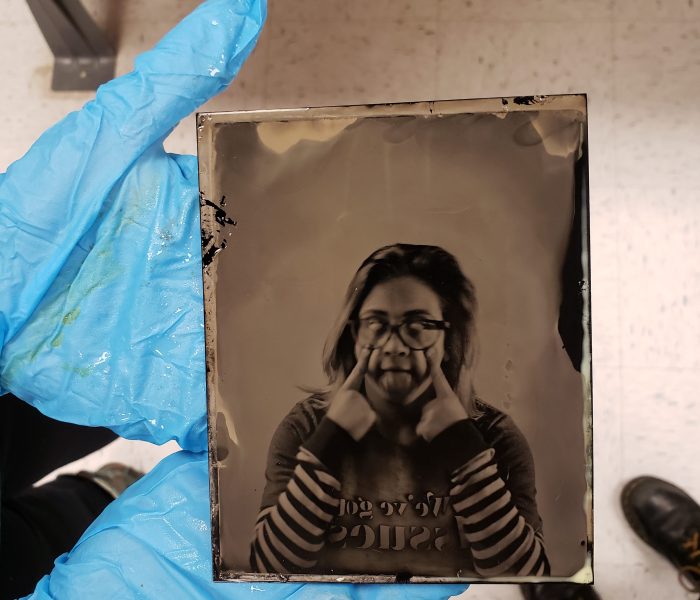 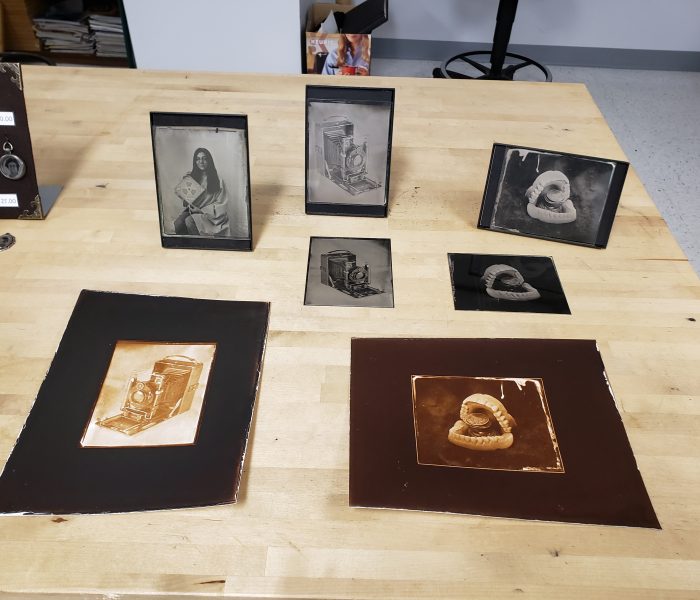 A tintype, also known as a ferrotype, is a photograph made using a wet-plate collodion process in which chemicals are applied to metal and then an image is exposed directly and developed. Collodion is a syrupy solution of cellulose nitrate in ether and alcohol. The wet collodion is applied to a thin iron plate and then covered in silver nitrate. The plate must then be loaded into a special camera, after which it’s ready for exposure. After the plate is exposed, while still wet, the tintype is processed. The resulting image is coated with lacquer. Tintypes enjoyed their widest use during the 1860s and 1870s and have been revived as a form of fine art in recent years.

Badger Bot has entered the chat