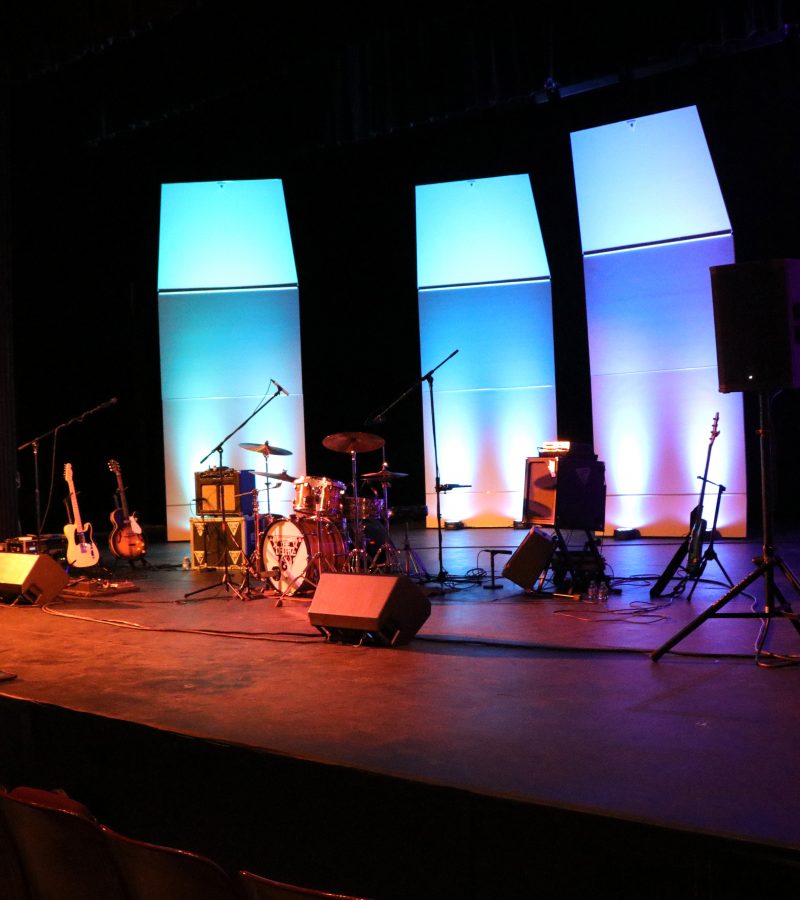 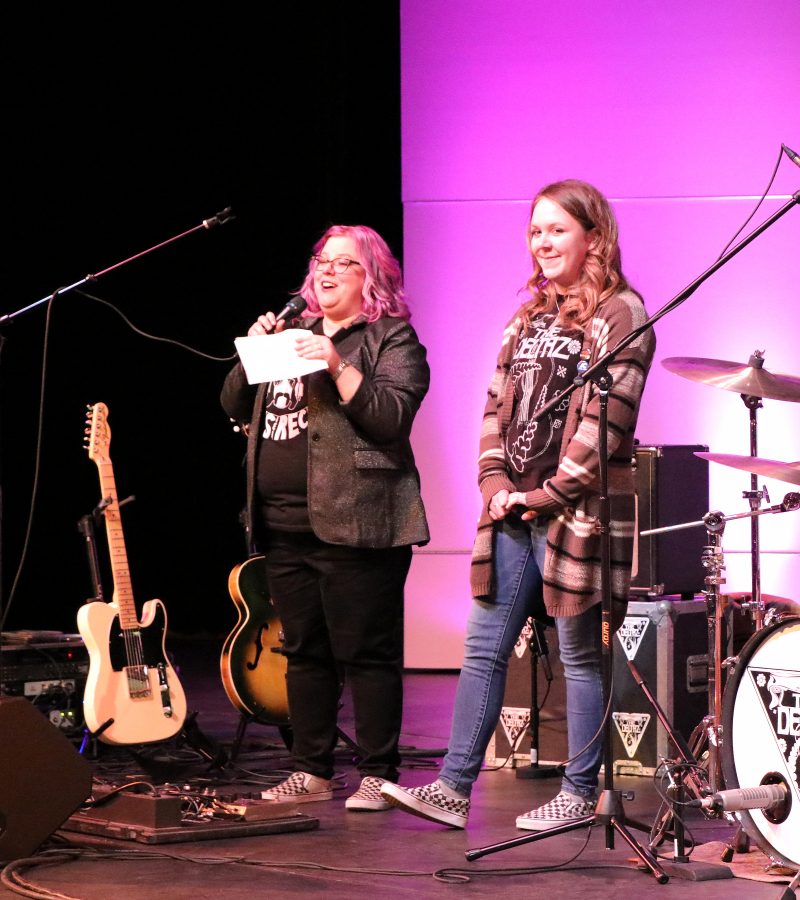 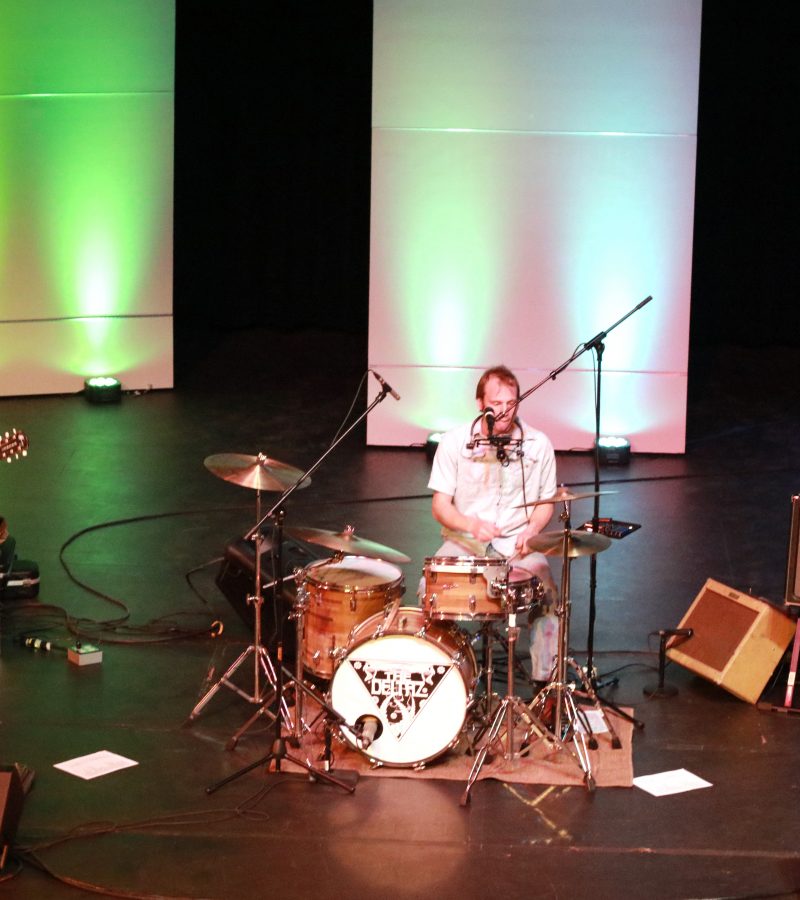 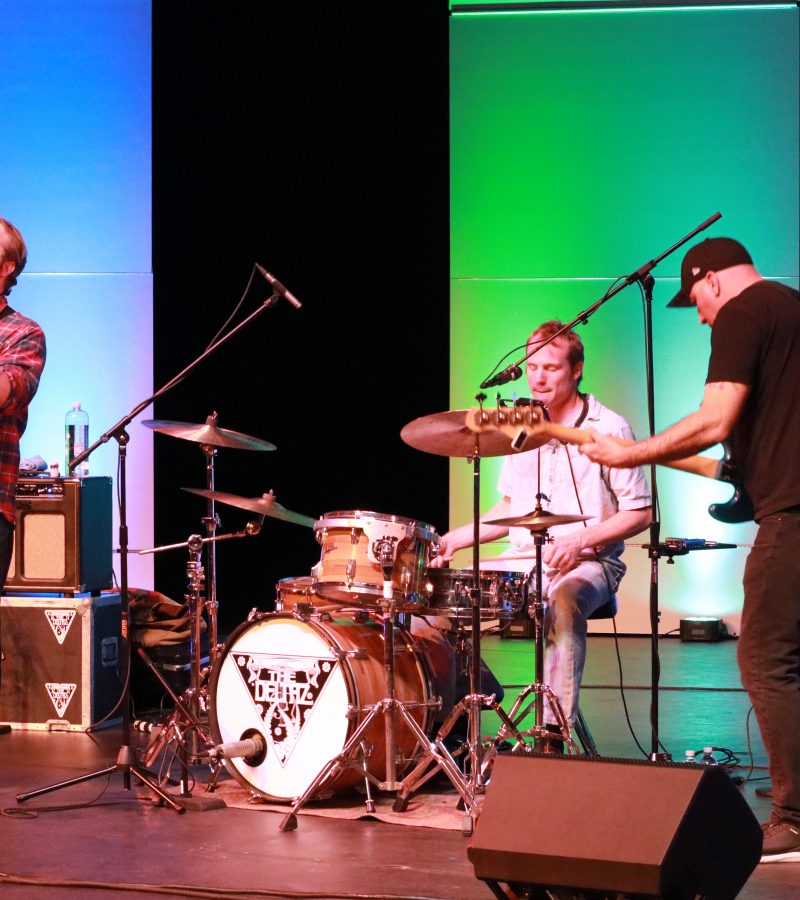 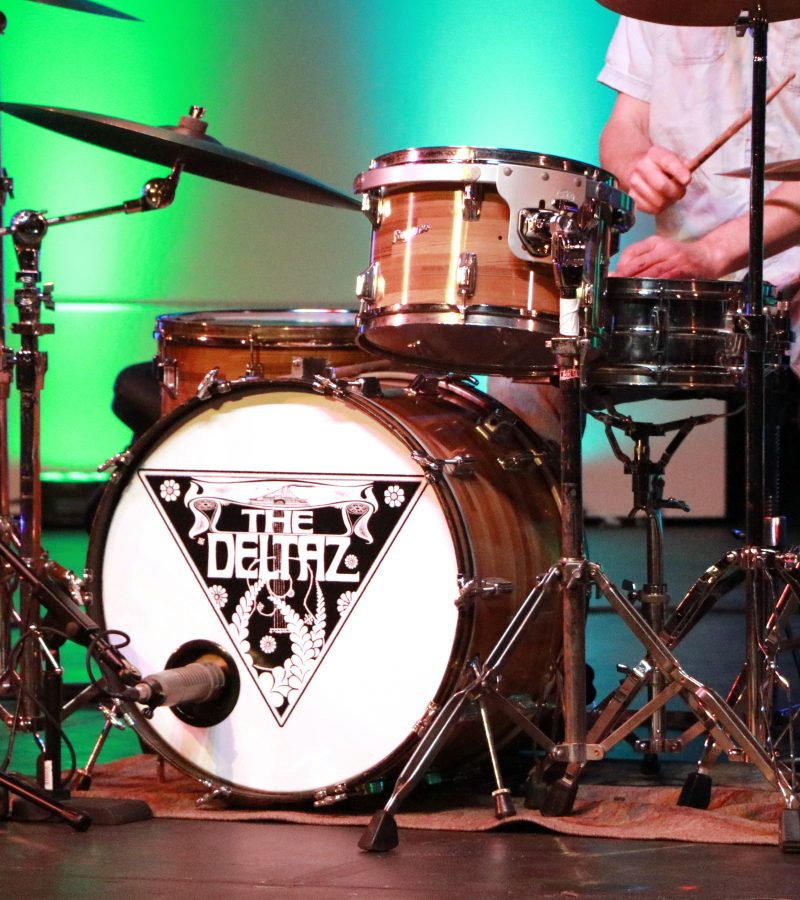 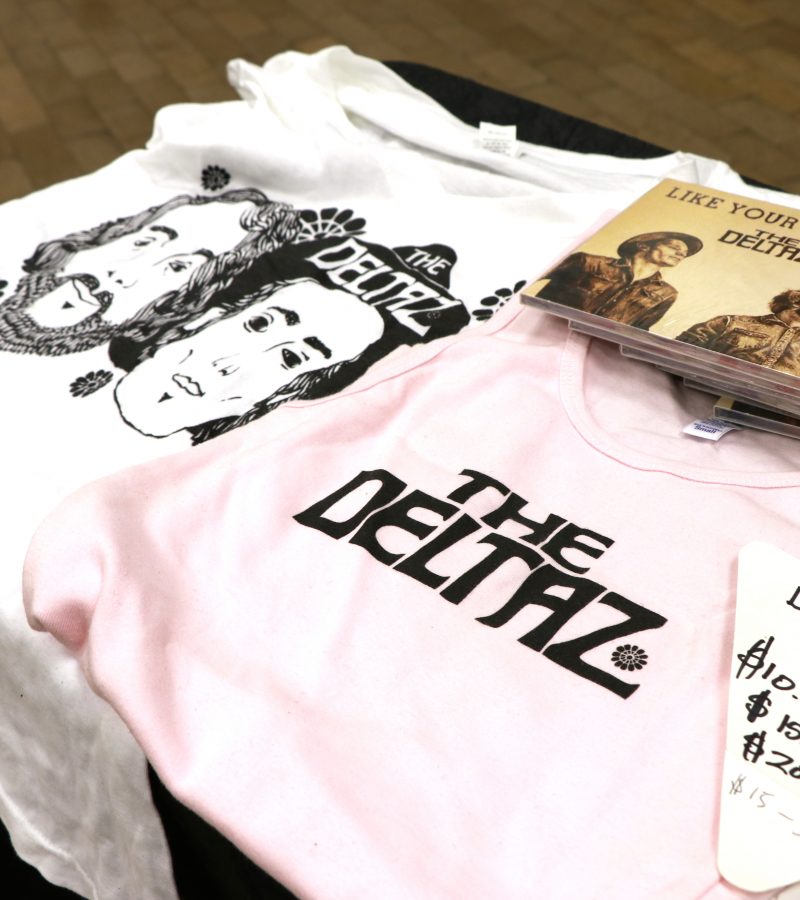 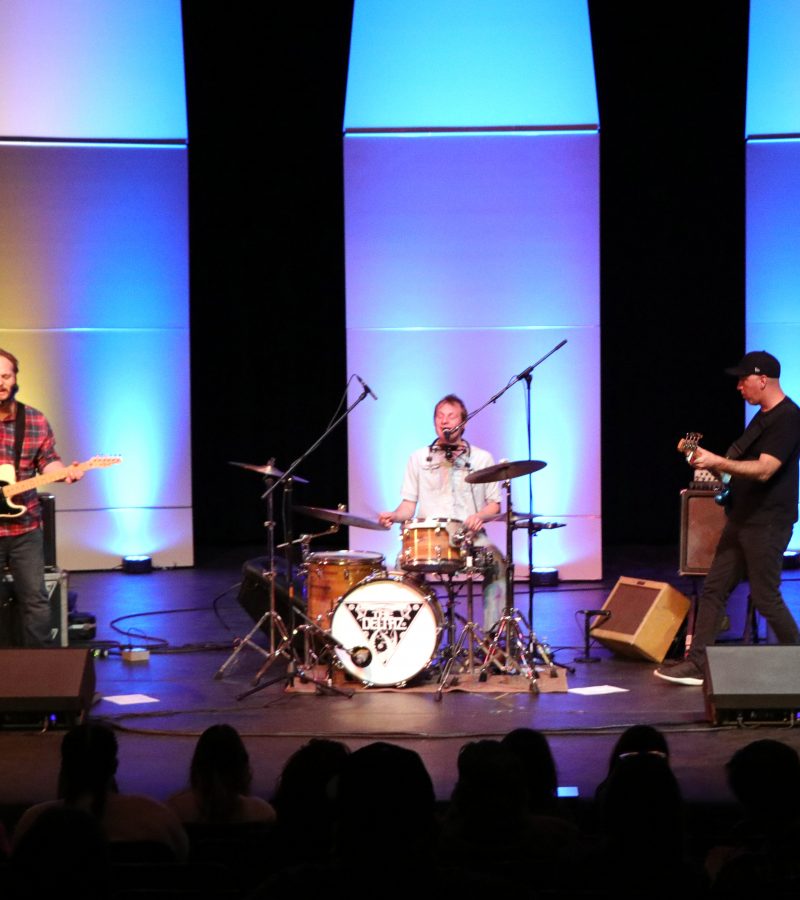 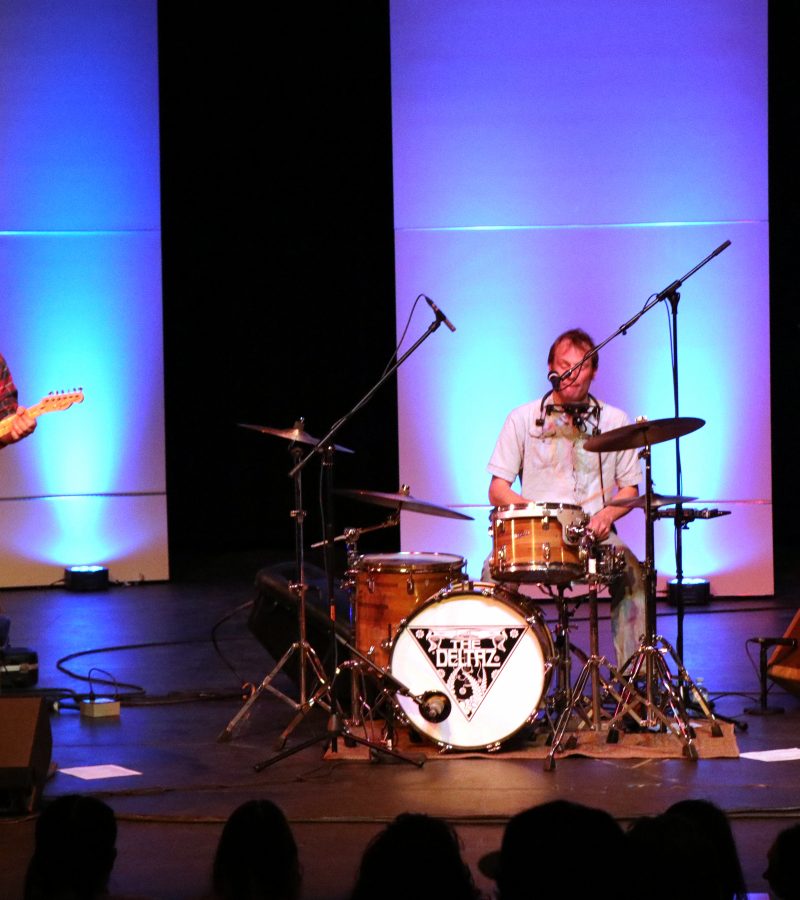 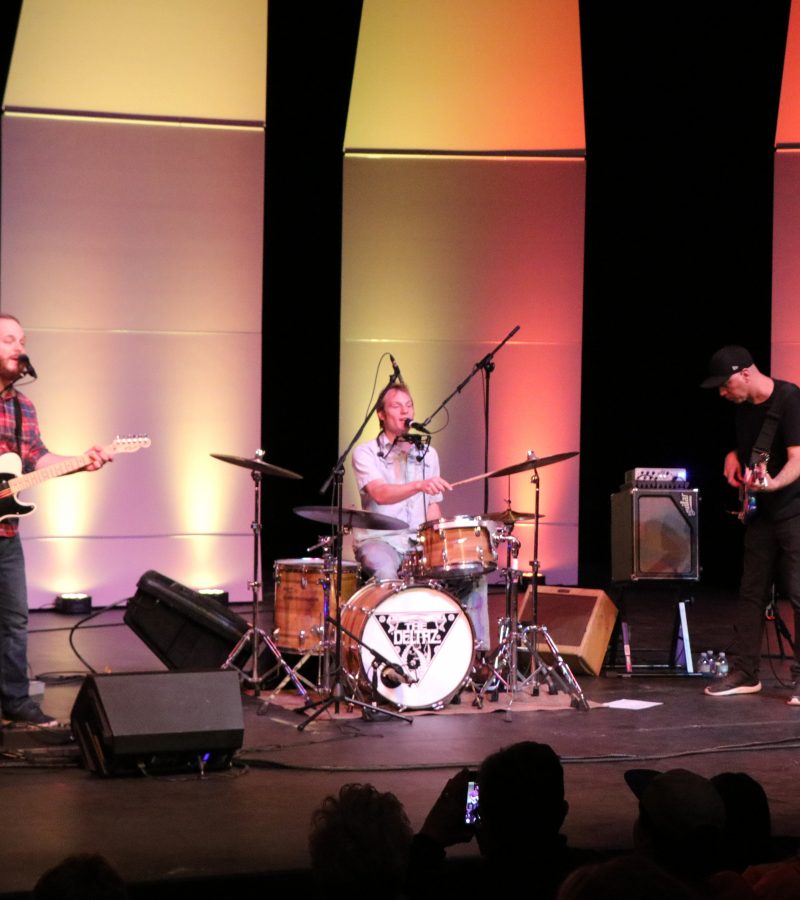 The Deltaz played a rousing set of alternative country/rock tunes at the Amarillo College Concert Hall Theater at 7:30 p.m. Friday, Feb. 9, for a crowd of approximately 60 people.

FM90, Panhandle PBS and the AC Creative Arts Community sponsored the free performance to show appreciation for students and the community. The crowd seemed to really enjoy the show from their applause, hoots and loud whistles of appreciation for songs like “Don’t You,” “Like Your Brother” and “Creek Bed.”

The Deltaz’s performance was well done and the combination of earlier material with new material was evenly presented throughout the concert. They have a nice blended sound of old-time blues sounds and hard driving guitar riffs. Brothers Ted and John Siegel work off each other’s talents extremely well. Ted’s deep throaty vocals and guitar licks combined with John’s ambidextrous drum and harmonica playing were amazing to watch and hear.

Bassist Mico Olmos added depth to their rocking bluesy tunes. They may hail from California’s Los Angeles basin, but sound like they could have come from the Texas’ music scene. Theirs is a true American sound and feel.

Panhandle PBS and FM90 personnel set up the theater with colorful computer controlled light effects reflecting off-white mobile wall panels that added to the energy of the performance. The fans in attendance were mostly couples sitting together dispersed throughout the dark Concert Hall.

“We liked everything about their performance,” Lance and Melanie Cearly said. The couple had seen The Deltaz before and said they would see them again.

Another couple said they really enjoyed the concert. “I thought the best thing about their performance was they expressed a lot of energy,” Steve Brown said.

“I really liked how they began the concert with my favorite Deltaz song “Don’t You,” Rachel Hernandez, Brown’s girlfriend, said.

John Siegel explained that he and his brother grew up enjoying their parents’ blues-influenced music. He stressed their desire to stay true to the authentic American sound influenced by blues, rock and country.

The Deltaz have been touring nationally since 2012. They said they are especially fond of Amarillo because the city was the home of the first venue they performed in outside of California.

Our confidence was stolen

Grad reflects on time at AC